Ways to Save Money When Chartering a Yacht
How to Choose a Hotel For Kids
Tips for Visiting Disneyland
Various Types of Yachts To Enjoy
The use and benefits of podcasting: a beginners guide
How to Survive an Adventure in the Jungle
3 Things to consider when booking a tour in Swan Valley
Experience The Fun And Adventure At The StagShoot Gun Club
Facebook Marketing – Top Tips To Market A Product
5 Steps To Planning A Boat Trip

You are here: Home / Places To Visit In Barcelona

Barcelona is definitely an European attraction and one of the most beautiful places to visit.The city exploded in 1992 and since then it experienced a fabulous boom.

Today, Barcelona aspires to fame in the areas of dramatic arts, business, cuisine and design. Among the places to visit in Barcelona, we can include the Roman ruins, but also the modern contemporary architecture with a sufficient dose of gothic . Great artists of the twentieth century such as Pablo Picasso, Joan Miro and Antoni Tapies, have their own museums.For the tourists, the best starting is the Barri Gotic (the Gothic Quarter), where the cathedral, the palaces and the museums are like a painting which depicts the Catalan spirit. 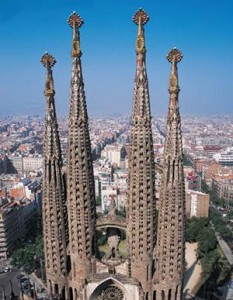 This year too, Barcelona was one of the most visited cities in Europe. Tourists from all over the world have considered that this city, full of history, is the ideal place for their vacation. Let’ s see the most visited historical attractions in Barcelona this year.

Cathedral La Seu
The imposing facade and the bell tower of this cathedral may seem Gothic, but in fact, it dates from the nineteenth century.Behind the cathedral, in the first chapel, is the grave of Ramon d’Escal, Count of Barcelona, sculpted by Antoni Canetin in 1409. Not less than 29 side chapels are bordering the nave and the apse, almost each of them with an interesting piece of art. Here is the great “Capella del Santissim Sagrament”, whose crucifix dates from the sixteenth century.Around this crucifix there are a lot of legends.One of them says that the crucifix was worn on the ship of Don Juan of Austria in in many of his battles.

Arch of Triumph
The Arch of Triumph in Barcelona is a triumphal arch built from colored brick in Mudejar style – a specific Moorish architectural style.The Arch, designed by the Catalan architect Josep Vilaseca, is decorated with a large number of statues and bas reliefs.The unique Arch of Triumph from Barcelona was built for the Universal Exposition in the 1888. The monument served as the main entrance to the exhibition. 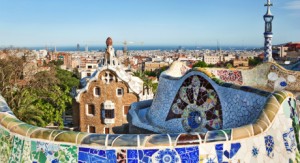 Casa Batllo
This is another Gaudi’s architectural masterpiece dating from 1905. The house is open to the public, and its façade is remarkable by the absence of straight lines and corners. This house represents the legend of Saint George (patron of Catalonia).The balconies are protected by skulls and bones similar to the vertebral column, which represents victims of the dragon. The roof is like the dragon’s back . Casa Batlo was and is definitely a major historical attraction of Barcelona.

Mayor Synagogue
One of the oldest synagogues in Europe is located in the center of Barcelona, in the old Jewish district, and it is known as the Mayor Synagogue . For centuries this place of worship has been used for various purposes, but it was closely related to the bloodiest day in the history of the Jewish community in Barcelona – August 5, 1931, when they were killed.It seems that this year, the Mayor Synagogue was a tourist attraction visited by many people.

With so many places to visit, Barcelona remains one of the beauties of the European continent which brings millions of tourists annually . 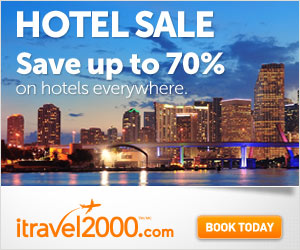 Did you added your own Google API key? Look at the help.

Check in YouTube if the id TravelAndLeisure belongs to a . Check the FAQ of the plugin or send error messages to support.